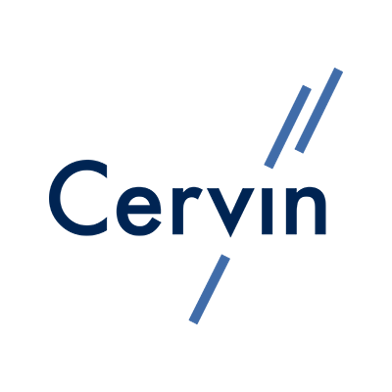 2021 continues to be a ground breaking year for Cervin Ventures. After a string of acquisitions in the first part of the year (Punchh, Nexient and Ampool), we are pleased to report that Tynker was acquired by BYJU’S, a leading global ed-tech company.

We are also very happy to report that two of our portfolio companies announced significant financing rounds this quarter. LaunchDarkly, a pioneer in using feature flags to improve software development lifecycle, announced a $200 million Series D at a $3 billion valuation. Paystand, a leader in B2B payments, announced a $50 million Series C.

Cervin also added a new company to its portfolio. ThirdAI is democratizing AI through software innovations.

On the organizational front, we continue to grow as well. We just added a new team member, Rohit Rao. He is joining us as an Associate, helping source, research, and analyze new companies, themes, and industries for potential investments. We are very excited to have Rohit on board!

The busy summer continued with Cervin participating in a number of events including seven Plug and Play events, Skydeck, Alchemist, StartX, YC, SaaStr and others.

Tynker - September 2021, exit to BYJU’S
Tynker, the world’s leading K-12 creative coding platform, has been acquired by BYJU'S, India's largest ed-tech company with 100 million users globally. Tynker’s coding curriculum has been used by one in three U.S. K-8 schools, 100,000 schools globally, and over 60 million kids across 150 countries. Tynker has partnered with a number of big names to develop programs including: Mattel, Apple, Microsoft, NASA and BBC Learning. Becoming part of the BYJU’S brand will allow Tynker to further expand and build upon this momentum. Congratulations to serial entrepreneurs Krishna Vedati, Srinivas Mandyam, and Kelvin Chong and the entire Tynker team for building a great platform. Good luck to you as you scale globally with BYJU’S.

LaunchDarkly - August 2021, $200 million Series D
Congratulations LaunchDarkly on their $200 million Series D and $3 billion valuation. It’s an exciting milestone in their journey to empower all teams to deliver and control their software. We are fortunate to have been the first institutional investor in the company and look forward to what the future holds for LaunchDarkly and the company’s dedicated team under the leadership of co-founders Edith Harbaugh and John Kodumal.

Paystand - July 2021, $50 million Series C
Paystand is on a mission to reboot commercial finance, starting with B2B payments and automating the entire cash lifecycle. In July, they announced a $50 million Series C round of financing. NewView Capital led the round with participation from existing investors including Cervin. Paystand will use this new capital to continue building an enduring company that changes the nature of B2B payments and helps businesses be more agile and competitive in the post-pandemic world. Congratulations to co-founder and CEO, Jeremy Almond, and the Paystand team.

ThirdAI - August 2021, $6 million Seed Round
ThirdAI, an Artificial Intelligence startup building tools to speed up deep learning without the need for specialized hardware, raised a $6 million seed round. The round was co-led by Cervin and Neotribe Ventures, with participation from Firebolt Ventures. ThirdAI will use the funds to hire additional employees and invest in computing resources. We welcome ThirdAI to the Cervin family and are excited to see what the future has in store for them.

- Celona was named to CRN’s ‘10 Hottest Networking Startups of 2021' list. In Q3, they also announced several new partnerships, including ones with Qualcomm, Zebra Technologies, and NTT.

- AiFi partnered with retailers to open autonomous stores around the world in Q3, including Morrisons in the UK, Zabka in Poland, and Carrefour City+ in the Mall of the Emirates in Dubai, the first autonomous, cashier-less store in the Middle East. They also helped reimagine the shopping experience at music festivals, like BottleRock, with their autonomous stores.

- Airgap Networks was featured in a Forbes article alongside Zscaler & SentinelOne as a “company to watch” in the cybersecurity space.

- StackShare reached the exciting milestone of having one million developers in the Stackshare community.

- Privacera was recognized as a 2021 Emerging Vendor in Security by CRN for their commitment to innovation and growth in the IT space.

Here is a sampling of articles we created about our portfolio companies and their founders:

Our partners also wrote articles on their particular areas of expertise and interest.

As always, we thank you for being part of Cervin’s community and welcome your introductions to enterprise seed-stage founders looking for engaged capital partners.